Since we arrived from New York about 5 months ago, my husband Joel has ate in this restaurant thrice already (all of which were not with me unfortunately but with friends). He has been raving about their steaks in particular. According to him, it's the closest thing to Peter Luger's steak here in Manila. Well, Lugers is not exactly my top NY steakhouse pick (I still prefer Wolfgang's or Quality Meats over it) but something close to that here in the city is definitely worth a try.
Last Friday, we both shared a carnivorous craving which mind you, rarely happens to me nowadays! So  he thought that it was the perfect chance to take me to Mamou Serenda. The place supposedly gets really packed during the weekends so you should definitely make reservations beforehand. Luckily, our friend Ziggy, who helps manage the place, was able to squeeze us a table. We also met the gracious owners - a friendly and warm couple (Ziggy's aunt and uncle). They even briefly sat down with us for a little chit chat.
Well, I honestly wasn't really able to peruse their eclectic menu because Joel already knew what he wanted me to try and so he ordered away... 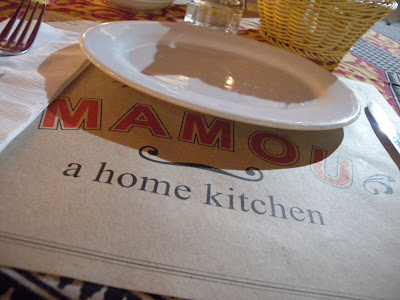 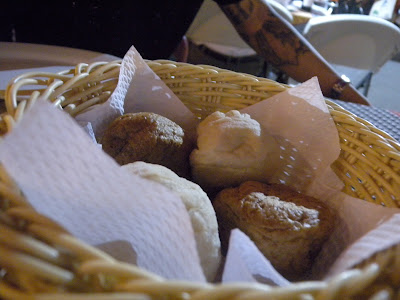 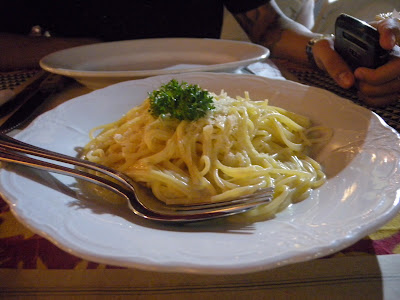 Lorenzo's Truffle Cream Pasta (Php 335.00) - I'm not exactly a huge fan of cream-based pasta sauces because they tend to be very heavy but I actually liked this one. I guess I'm a bit biased too because as much as I don't like cream, I absolutely love truffle oil. The earthy and sensual aroma and flavor just makes everything taste so much better. 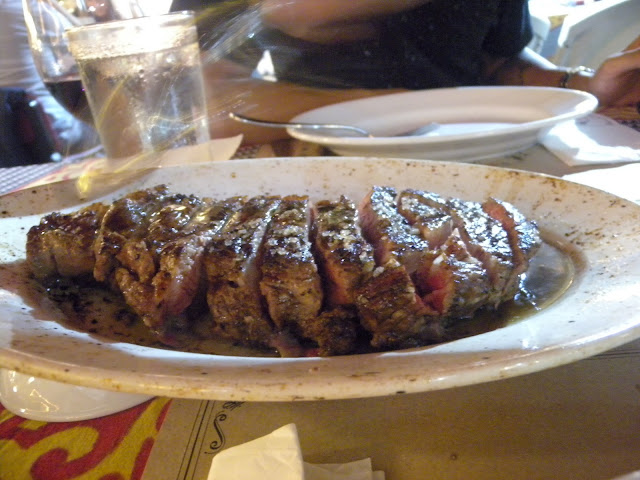 USDA Prime Rib (Php 2,800.00) - We asked that it be cooked medium-RARE. We repeated and reiterated the word"rare" because Joel told me that the last time they ate there, they had to send back their steak thrice (gulp! who does that? Having worked in the professional kitchen myself, I pitied the chef on the meat station!)  Maybe it was partly luck and partly skill that night because our order came out perfect the first time around. The 400 gram piece of meat was served on an oil splattered hot plate with oozing olive oil that you can baste the meat with while its hot. It was sprinkled with sea salt on top and came with two sidings of mashed potato and creamed spinach. Both were rather small in size. The sidings unfortunately ended up untouched because we focused all our efforts on the succulent, juicy slab. The thickness was just right and the quality of meat was patently top-notch. Joel and I savored each delectable bite of the meat laced with marbled fat....He liked it with a generous amount of their signature steak sauce while I enjoyed it with just good old sea salt since I don't like masking my meat with sauce! 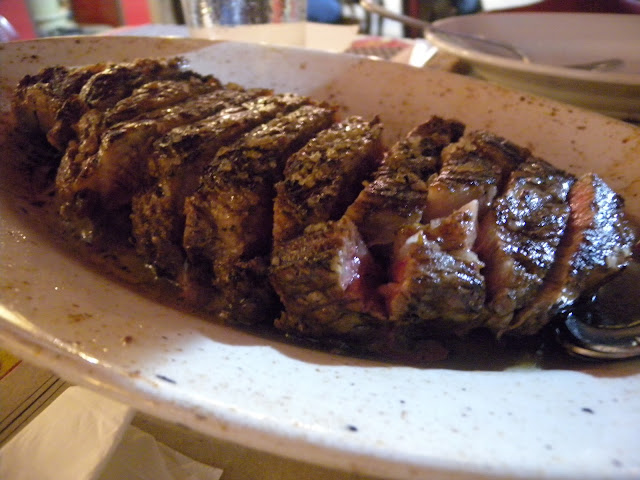 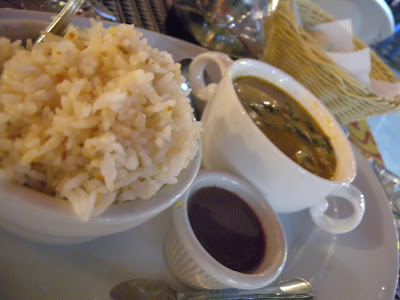 This was an extra treat for us because they made us sample their special Kurobuta Sinigang (complimentary) with Bagoong Balayan. Although this is a weird addition to the steak and truffle pasta we ordered, Ziggy and Tita just gave in to our request to taste the soup because I've heard a lot of raves about it. And I understood why. The sinigang is the thick, gabi-generous and slow-cooked sour broth that I love with a twist. And who would have thought that bagoong would marry perfectly with it as a dipping sauce. Genius!
I must say, I was quite impressed with my over-all experience - food was superb, service was efficient and the ambiance was homey. I would most definitely come back here again for some glorified comfort food.
Mamou
Serendra, Bonifacio Global City
Taguig City, Metro Manila
02 8553569
Email Post