My sister Addie knows that I am already an avid fan of Cha Time Milk Tea. Since it opened a few months ago, my husband and I became loyal customers. I think we were able to fill up almost 4 loyalty cards already -- a card which you stamp every time you buy a drink and once you fill up all the spaces, you will be rewarded with a free drink of your choice! We were in MOA (Mall of Asia) yesterday and Addie suggested Gong Cha - this new tea place which she discovered recently. She said that I should give it a shot. I readily agreed and was eager to find out how it would compare to Cha Time. 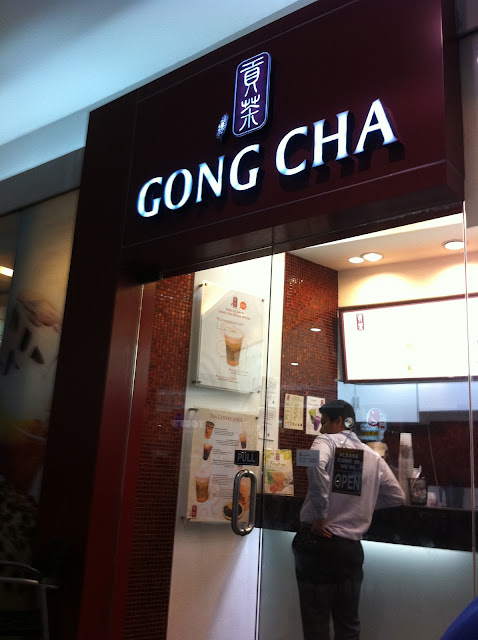 They have an interesting tagline Tea Fit For Loyalty. Hmm, I was about to find out if this was true. Addie recommended their House Special Green Milk Tea. Since she already tried it before and was satisfied, I took her advise and got one myself...with added pearls/tapioca/sago ofcourse! I think that's the FUN part of drinking milk tea... the gnawing of the sticky, gooey and chewy (say that thrice! like a tongue-twister!) sweet things.

There is, as they say, a proper way of enjoying their house special;

1. Taste the Special Cream - Open the lid and drink, feeling the tea pass through the foamy layer.
2. Sip the freshly brewed tea.
3. Mix the two for that PERFECT Gong Cha experience. Use the straw to stir and savor the splendid texture of the mixture. 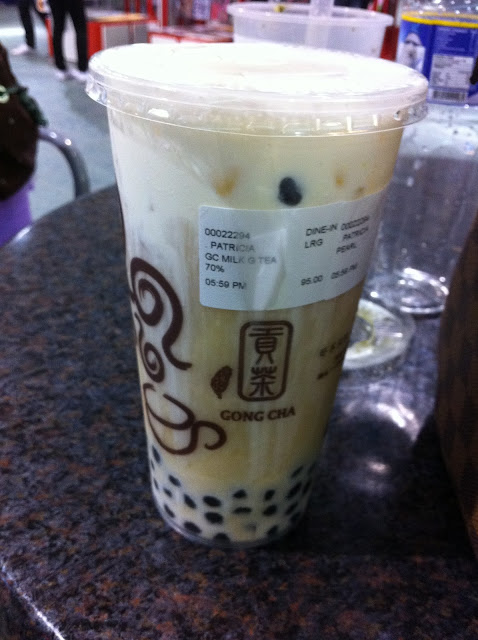 I think the preparation and presentation of the tea sets Gong Cha apart from the rest. With Cha Time, the milk is already mixed with the tea when served while with Gong Cha, you have to mix it yourself using the straw. And as seen above, the first step is to open the lid and taste the foam with tea powder to stimulate your palate. Pretty interesting. This is similar to the way you drink the Green Tea with Rock Salt and Cheese of Happy Lemon. :)

In terms of taste and flavor, Gong Cha's tea is stronger . Cha time's Green Tea with Milk is more milky and the tea taste is a little watered down. What do I like better? Hmmm... now it's hard to say. Gong Cha is a real contender. I'm excited to try out the other flavors. I just don't know when I'll be able to visit next since they don't have a branch yet in my area. 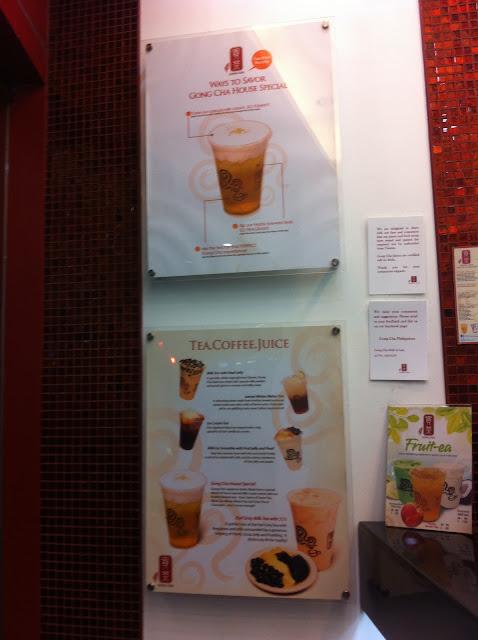 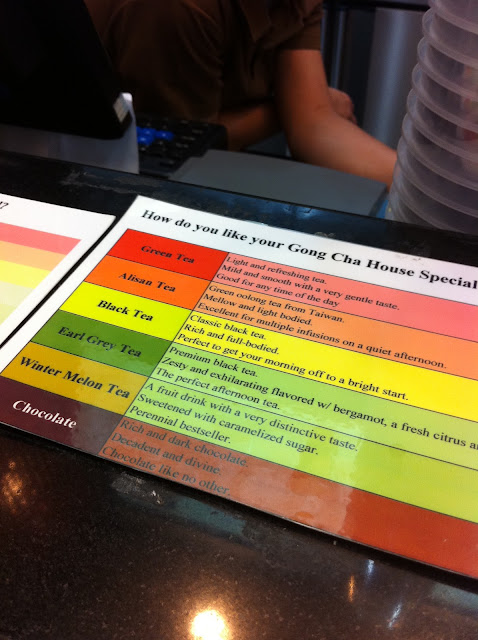 My verdict : Fit for Loyalty (tagline) = Fit for ME!

- from a self-proclaimed Milk Tea Queen :)