It was a unique kind of "date"...nothing fancy, no candlelights, flowers, good food... just pistols and bullets! What? Yes, you read it right! We attended this special class yesterday and I handled a firearm for the first time EVER.

It was a promo that my hubby Joel found in Ensogo (group-buying website). They sold coupons for a discounted class at the StrongHand Shooting Range. He grabbed the opportunity and bought us 2 slots. I'm not exactly sure why (because I am so not the type!)  but he did. He said that he wanted me to learn the basics of handling a gun in case of emergency. Ok, fair enough.

It was a special 3-hour course named "The Proper & Practical Pistol". The first half was an informative lecture on basic Gun Safety, How to Handle a Pistol, How to Clear a Pistol and How to Shoot a Target. And then we were ready to go the range and do some target shooting. 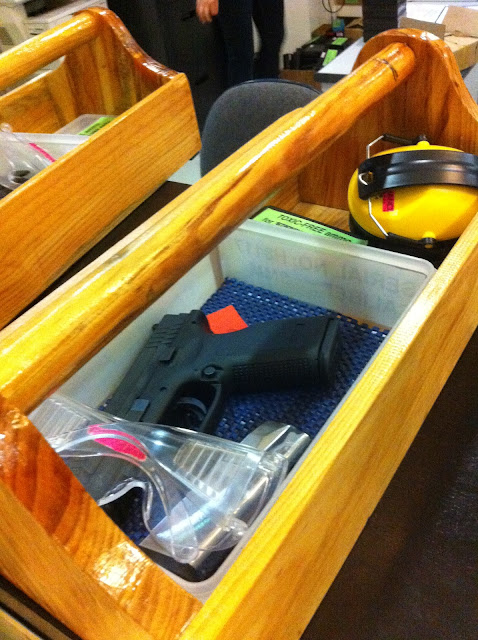 My "toolbox" with my 9MM 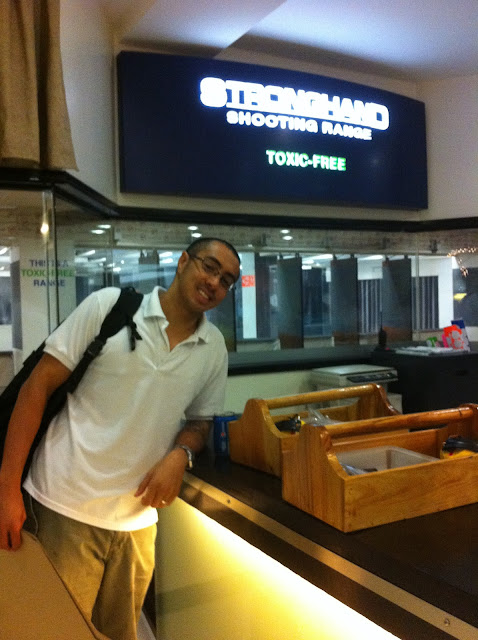 Joel excited for the practical/actual part of the class 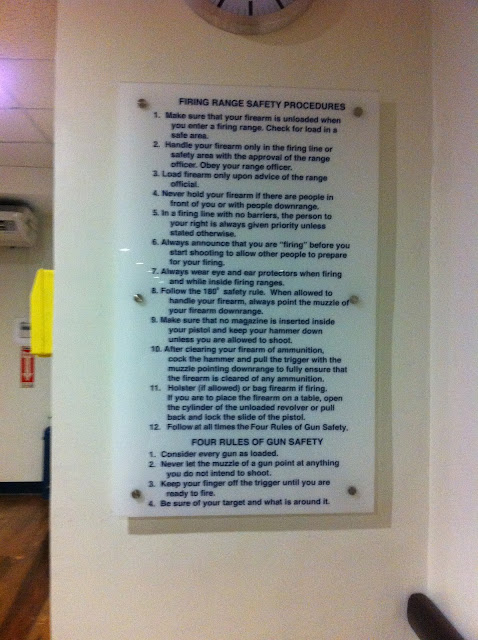 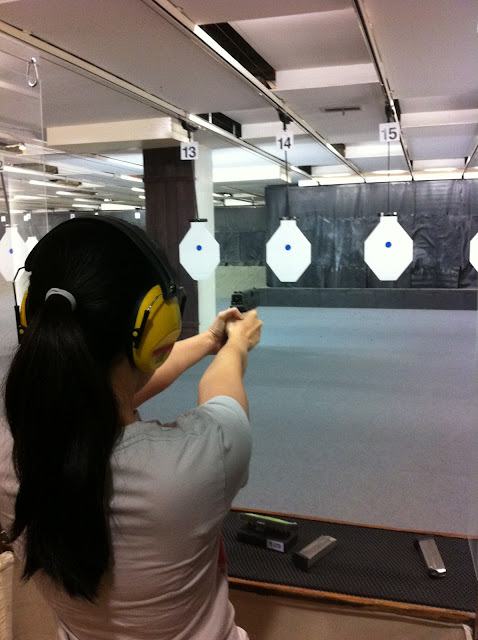 I seem like an expert on this pic but I was faaar from that. I was shaky, nervous and outright awkward in every possible way. I couldn't seem to apply all the things that were discussed in the classroom because I was just so tensed. The first time I pulled the trigger, my bullet went berserk. Instead of hitting the A-Alpha area where the target is, it ended up if the C-Charlie area. The range officer said that I have to really focus and do it slowly. It took me a couple of tries before I finally got the hang of it. Phew! I must say, it was tiring....emotionally and physically! 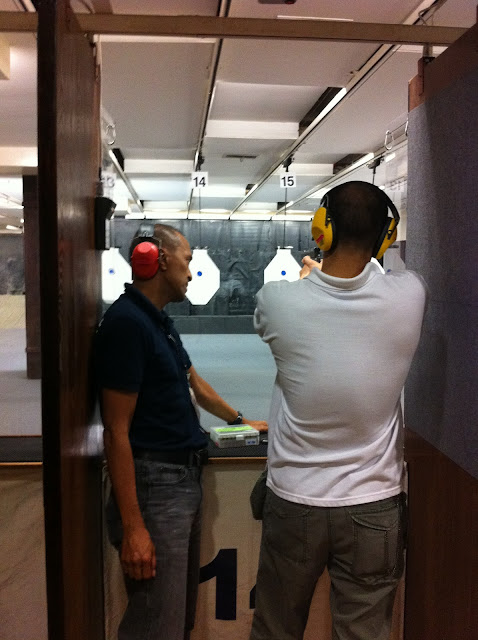 Meanwhile my "date" turned out to be a fast learner and a real natural. Joel's first shot was right on the blue dot...bull's eye baby! I was impressed! 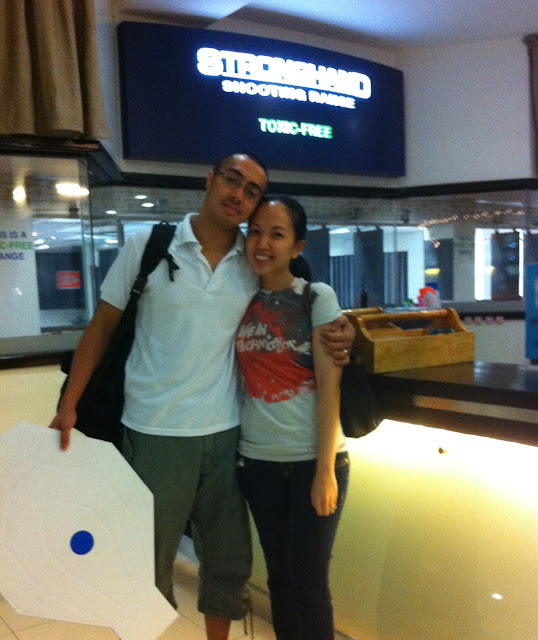 Thanks to Joel, I was able to tick off "Firing a Gun" from the list of things I want to try :) It was actually pretty awesome! I got to touch on my masculine/tigas side (which happens once in  a blue moon!).

Until the next BANG!

Anonymous said…
Hello, not long joined on the email list on some web marketing site now I personally maintain obtaining a great number of electronic mails at
my mail that it virtually wrecked this specific email. Along with the unsubscbribe weblink
can not work often. Would you as being a doodlekit advocate
us where to start, simply because We would appreciate to maintain that email.
Stop by my homepage ; How To Get Rid Of Genital Warts
7/1/13 10:51 AM