Oh Toro, why do I love thee?

Toro is my weakness. It was love at first sight when my Dad first introduced me to it. And at that time I cared less and had no idea whatsoever that it was more than just "Tuna Belly Sashimi" until I became a chef and a serious foodie.
Toro literally means "to melt" and as the name suggest it literally feels like butter in your mouth. You could vividly see layers of fat and marbling which gives it an extra unexplainable umami flavor and texture. Sharing with you some interesting trivia about it.

TORO is not taken light but a damn SERIOUS business in Japan. Throughout the country, all of the blue fin tuna happen to be graded from the quality of the slices of oily meat which are extracted from them, especially the highly valued toro, typically the oily belly from the tuna. Tuna for the purpose of sushi happens to be meticulously taken care of, to make certain that the entire flesh will not be bruised or harmed. Once the raw tuna gets to the actual seafood marketplace, center examples of the tissue are generally obtained using a unique instrument in order for the pigment, consistency, and flavor from the meat to be evaluated prior to the tuna being valued. Although sushi includes many various tuna types such as yellow tail as well as big eye, excellent quality otoro is simply obtained from only the blue fin tuna. 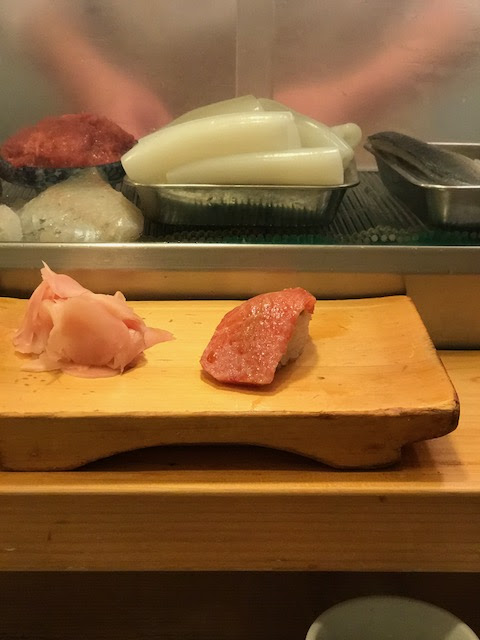 Sushi at 6 am? HELL Yeah! This was the OTORO I had for breakfast at the famous Tsukiji Market during our last trip to Tokyo. 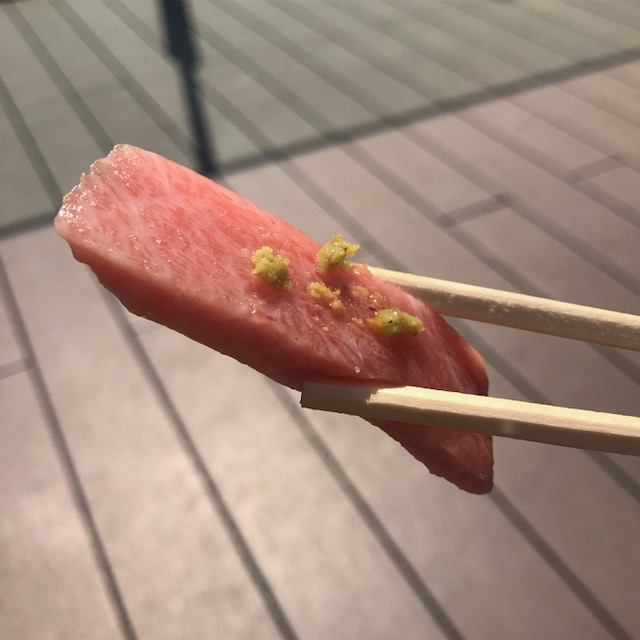 OTORO that you can get from the grocery....*sigh* Only in Japan 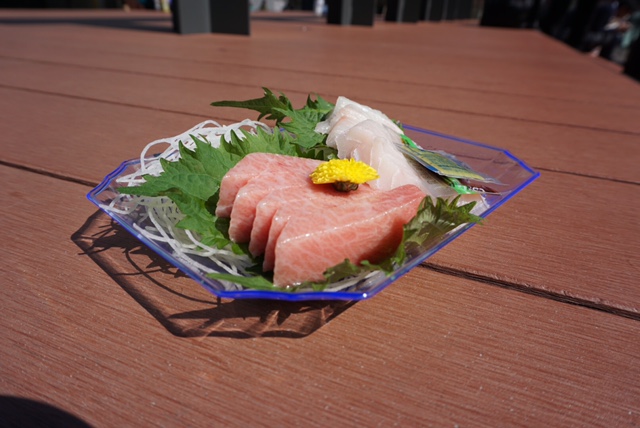 Drool, drool, drool....
Otoro is taken from the actual under-belly inside the tuna, and it is by itself separated into grades which happen to be recognized according to the marbling through out the steak, very similar to inside grading beef. By far the most precious o-toro or otoro, comes from the lower belly of the fish towards the head. Chutoro, a lower top quality, derives from the tuna belly at the center and rear through the tuna, which is not as much marbled when compared with otoro sushi.
There is a unique taste to it. The amazing sirloin feel of raw tuna fuses together with the fatty tissue from the belly to generate a rich and creamy experiencing inside the mouth, along with the flesh from the tuna evaporating while you indulge in it.
An exceptional part of otoro is going to be soft pink together with vibrant white colored lines. Otoro comes with a lot of delicious oily lines, which typically give it that distinctive and magnificent tastiness. Chutoro is normally much less veined by means of fat, even though it remains a lot more oily compared with pieces from the higher area from the fish, including akami. Otoro is definitely most tasty throughout the winter months, once tuna acquire additional body fat, and might not be as incredibly tasty when out of season. It needs to always be consumed fresh, mainly because it doesn't last lengthy amounts of frozen periods.
Amazingly, o-toro sushi is not commonly consumed outside of Japan, even though it is oftentimes accessible in specialized Japanese dining establishments along the shorelines of America as well as in certain parts associated with Countries in Europe. Otoro represents a most enjoyable part of dining found in Japan, and a large number of blue fin tuna farmed all over the world land in typically the fish marketplaces linked to Japan, exactly where the o-toro will undoubtedly receive a more expensive price tag amongst sushi enthusiasts.

I can't wait until I get to taste this precious tuna part again. A few more weeks to go.... woohoo!