It's been almost 3 months since I had my last cup of Vivi Bubble Milk Green Tea (this tiny little Bubble Tea Place in Chinatown, NYC which I used to go to almost every week!) and I was beginning to have withdrawals! Haha! I tried to resort to the local bubble shake (sago) places here but failed. Quickly's Super Taro Ice and Zagu's pearl shake both didn't satisfy my craving. Finally the other day, I found 'The Place'! It's this Tokyo franchise called BUBBLE TEA! It's found at the lower ground floor of Megamall Building A. It's in the area where the ice-skating rink used to be. I was so surprised the rink was gone! It made me realize I've been gone that long... 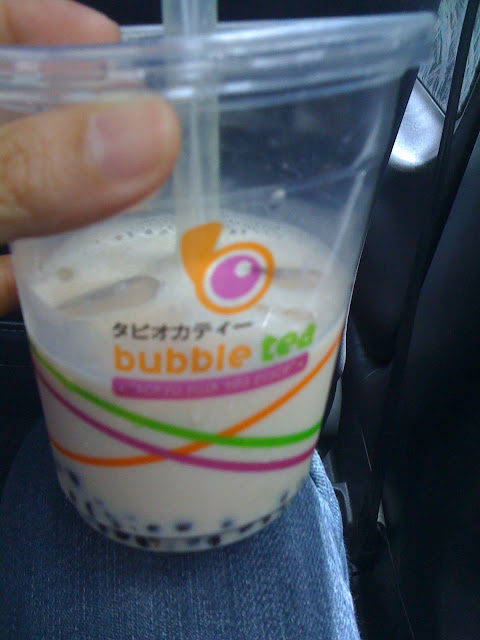 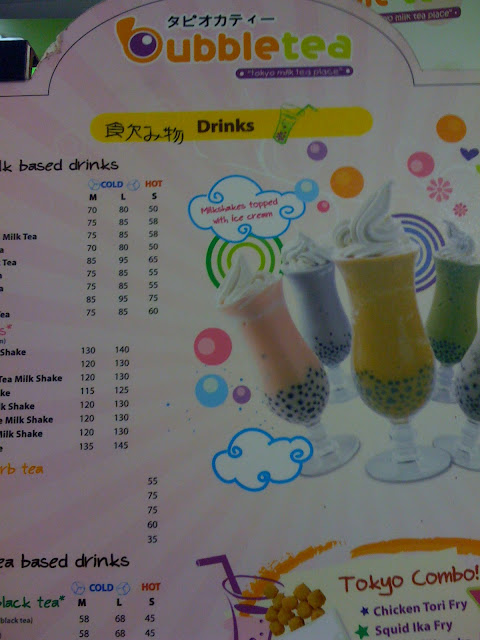 Their bubbles (sago/tapioca balls) are smaller than Vivi's (as well as Zagu's and Quickly's) but it has the perfect 'makunat' - sort of nougat-y and gooey bite to it.
I was psyched with my find. Next time I will try their other teas. And I heard their snacks are worth trying too! See you soon Bubble Tea! :)
Bubble Tea, SM Megamall
LG Building A
Mandaluyong City, Metro Manila
02 6387479
Email Post