On our 5th day in China, our friend Woo Bing took us to an animal sanctuary in his hometown Xuzhou. In that serene and almost solemn hideaway, I had the most bizarre lunch ever! And by bizarre, I really mean outrageous rare creatures cooked Chinese-style. Check out the items that were served on the lazy susan that day; 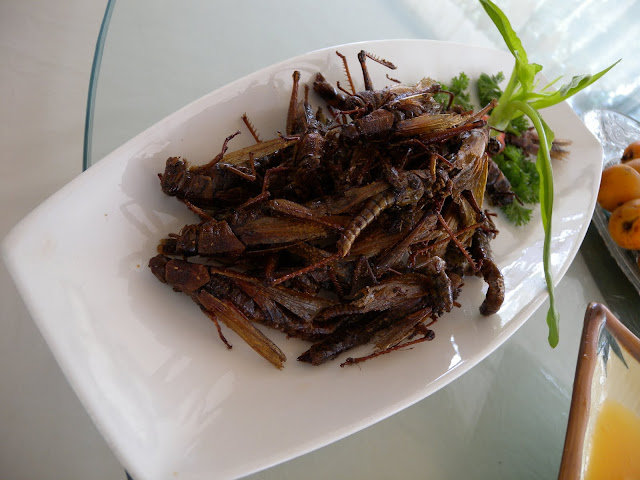 Deep Fried Locusts
Out of everything, I was most afraid to taste this appetizer. It felt like I was in Fear Factor and had to eat these creatures to survive the round. Eyes closed, I shoved it in my mouth. I honestly didn't want to fully capture the taste so I just practically swallowed the leg part. It was crunchy and rather bland. Weird! 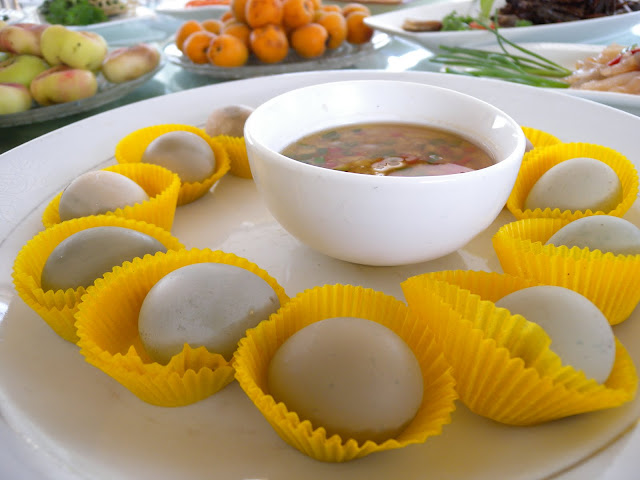 Native Egg with Garlic Dipping Sauce
Nothing really out-of-this-world about this because the eggs tasted like...umm eggs. The garlic sauce was particularly good though. It had fresh garlic, sesame oil, two kinds of chili peppers and a little vinegar. 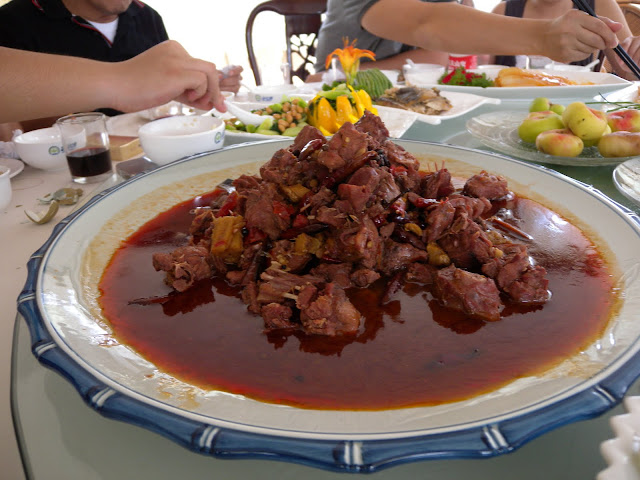 Jackal with Chili Sauce
When they said that this was Jackal, I had to think twice about what it was and how it looked like. To those who are so familiar with it, a jackal is a member of the genus canis found mostly in Africa. They are omnivorous predators and are very similar to coyotes. When I realized it looked more like a dog, I was hesitant to even taste the sauce! In the end, I told myself, "What the hell, I don't think I'll ever get a chance again to eat this thing!?!" so I did. It was chewy and tasted like pork. The sauce was so strong that I couldn't really taste the real flavor of the meat. (not that I really wanted to! haha!) 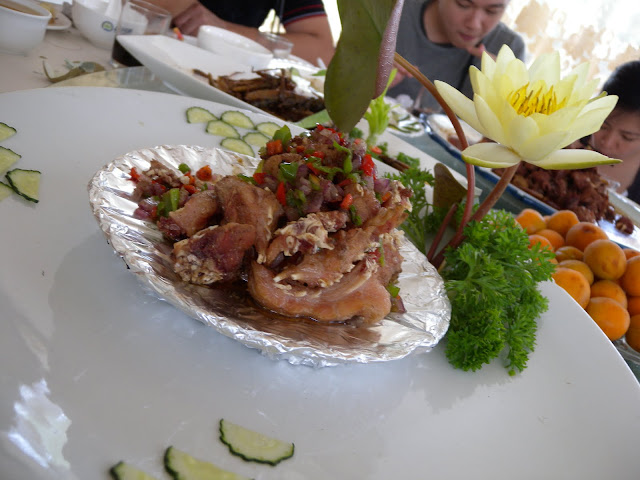 Salted Snake with Red and Green Chilis
This wasn't so bad, it was just a little tough and had a lot of small bones. 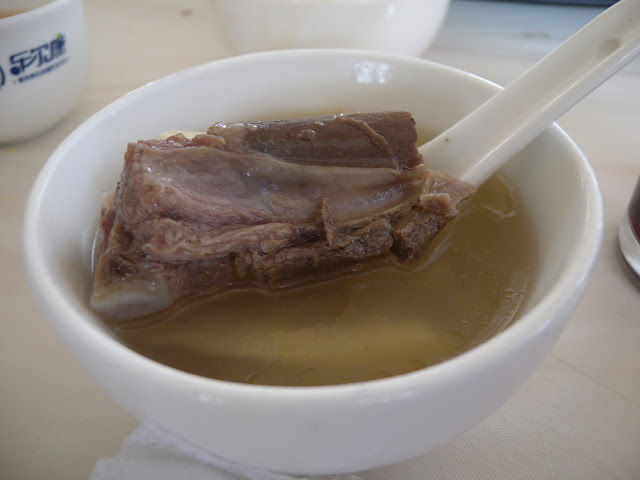 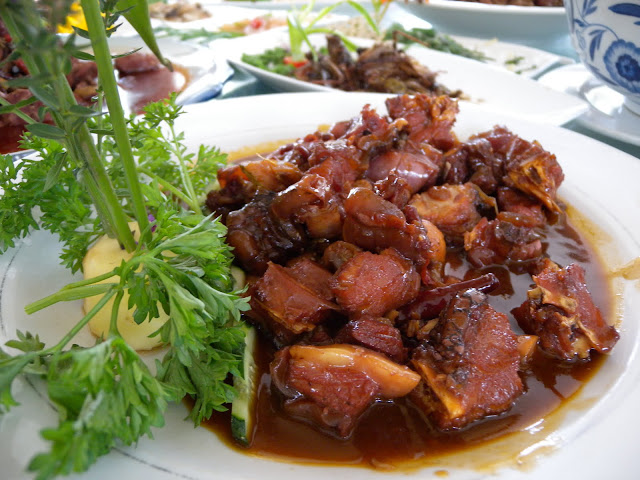 Braised Peacock with Sweet and Chili Sauce
The peacock meat tasted like chicken but really soft. I guess it's mainly because of the cooking method used. 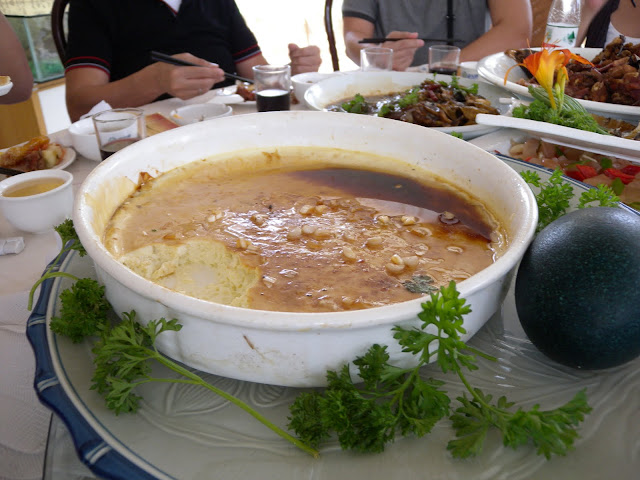 Emu Custard
An Emu is a large native Australian bird. It's the second largest extant bird in the world by height, next to the Ostrich. It's egg is like a small watermelon (see the one beside the dish). The custard was more of a creamy and salty flan. It was actually good. Seasoned Camel Balls
This tasted very similar to the Tuna bagaybay (supposedly tuna testicles!) which is common in my father's hometown Davao. It had the same texture and bite. The spices they used married perfectly with the flavor of the meat. I liked it.


I'm not sure whether I was satisfied or terrified at the end of this meal but one thing is certain: Being a foodie and having to try everything is TOUGH sometimes. *Sigh*
Email Post