Maybe it's the January cool weather but lately I've been craving for ramen a lot. For many years, I would always end up in Shinjuku (particularly the one along Makati Avenue) to satisfy my japanese noodle craving. Lately though, we've discovered Ramen Ron along Pasay Road which is actually quite good and very authentic as well. Tonight I will add another one on my growing list. 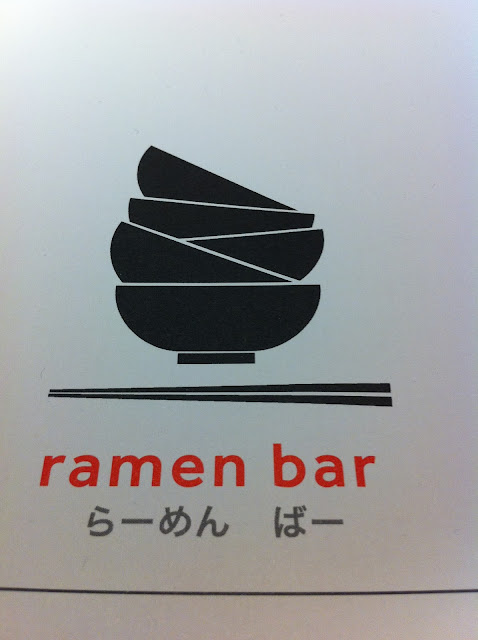 After hearing mass at the Chapel of the Holy Family inside the Eastwood complex earlier, Joel and I decided to check out Ramen Bar at the ground floor of Eastwood Mall. There was a 15 -20 minute wait when we arrived but since we were only 2, it was more like 5 minutes. The interior of the place is very zen and minimalist. Their menu is simple, straight-forward and is written down on your paper placemat. 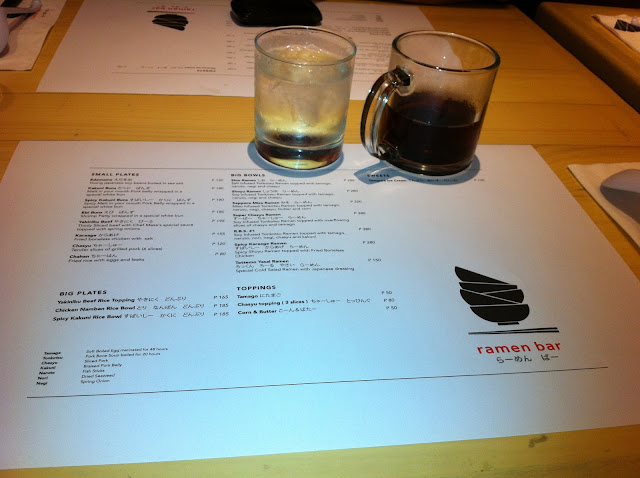 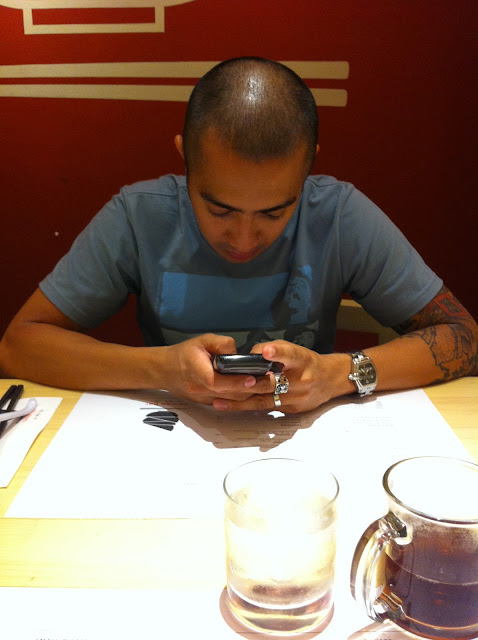 Since we are suckers for pork buns, we had to start of with their Kakuni Buns - Php 180.00 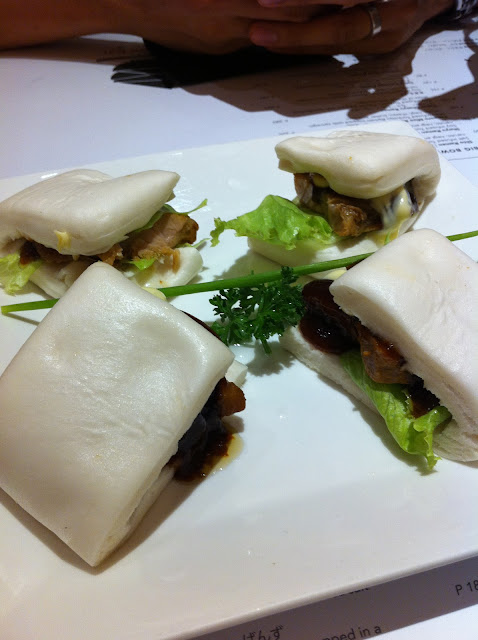 The description of these pork buns in their menu is "melt in your mouth" braised pork belly wrapped in a special white bun. The pork belly could be a little more tender (maybe by braising it a bit longer) but the sauce mixed with the japanese mayo and the bun are all good! I would recommend it!
As for our ramen, I stuck to the classic Shoyu Ramen- Php 280.00 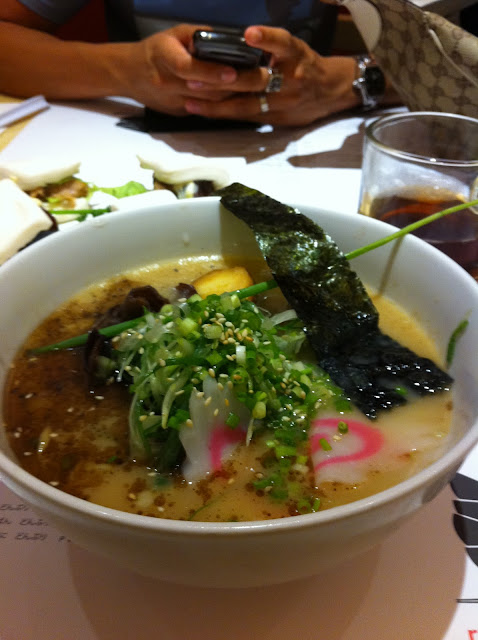 It's a soy-infused Tonkotsu (pork boiled soup boiled for 20 hours!) Ramen topped with the following:
Tamago - Soft Boiled Egg marinated for 48 hours - the egg in mine was already bordering on hard boiled and I would have really enjoyed it if it was soft boiled. I guess it was because the hot broth cooked it more when it was mixed together.
Naruto - Fish Sticks
Negi - Spring Onions
Chasyu- Sliced Pork
Joel decided he wanted something spicy so he chose the Spicy Karage Ramen - spicy ramen topped with fried boneless chicken. Unfortunately I wasn't able to take a picture because my order came about 5 minutes earlier than his so I got engrossed already with mine! gulp! But I tasted it as well and the hotness level was just right and not too overwhelming and it had a generous amount of chicken pieces.
Incidentally, one of the part owners who was there earlier turns out to be Joel's friend from a business organization. Paul was nice enough to approach and greet us. He explained a little history about the resto. He said that they opened last August and it's been doing pretty well especially on weekends. The Head Chef is Japanese and all their main sauces are actually shipped from Japan. Nice! How much more authentic can you get? 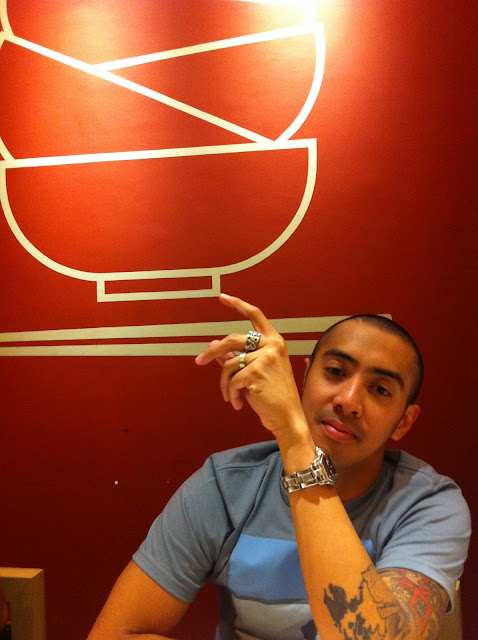 Joel as if holding the huge chopsticks (umm fail!) His index finger is too high!
Now I know that if my tummy suddenly feels that it needs a nice warm bowl of hearty japanese ramen, I don't have to go all the way to Makati. But if I have to do a forced ranking among the three it would still be Shinjiku on top (for their Mabo Tofu Ramen and their Seafood Ramen)...Ramen Ron and Ramen Bar are very close.