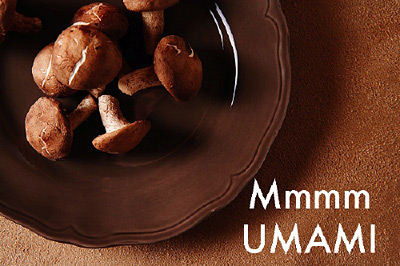 My husband Joel asked me the other day about this word because one of our favorite chef turned TV host Anthony Bourdain used it to describe one of the dishes he tried on his food show (No Reservations). I simply told him that it is the fifth primary taste which basically means "savory"! He said he never encountered that word before and it just gave me an idea to write about it since it seems that not a lot of people are aware of it. So for those interested to know about it, here it goes...

Technically speaking, the word UMAMI (a Japanese word) is a pleasant savory taste imparted by glutamate (a type of amino acid) and ribonucleotides (I can't even pronounce this word) which occur naturally in foods including meat, fish, vegetables and dairy products. As the taste of umami itself is subtle and blends well with other tastes to expand and round out flavors, most people don't really recognize "it" until they encounter umami.

This discovery of the fifth taste happened in Japan thanks to Dr. Kikunae Ikeda of Tokyo Imperial University.


Here are the facts I gathered; 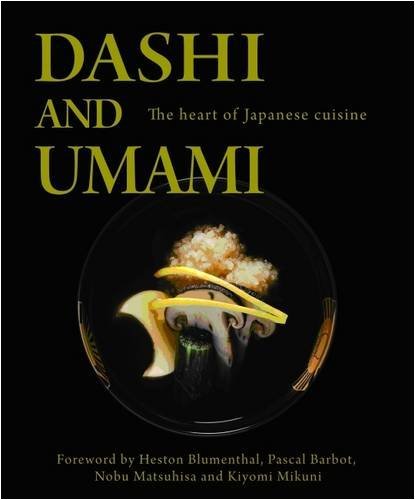 Blame It on 'Dashi' Stock

....Dashi stock made from kombu (kelp) has long been an indispensable part of Japanese cuisine. It has also long been known that the active ingredients contained within kombu hold the key to its delicious taste. This did not escape the attention of Dr. Kikunae Ikeda of Tokyo Imperial University, and he undertook research to ascertain the true nature of this ‘deliciousness’. In 1908, Ikeda succeeded in extracting glutamate from kombu. He discovered that glutamate (or glutamic acid) was the main active ingredient in kombu and coined the term 'umami' to describe its taste. He was sure that this taste was held in common by other foods that a savory flavor, including those used in Western meals such as tomatoes and meat, and, indeed, upon investigation it was discovered that these foodstuffs also contained umami.
Those who pay careful attention to their tastebuds will discover in the complex flavour of asparagus, tomatoes, cheese and meat, a common and yet absolutely singular taste which cannot be called sweet, or sour, or salty, or bitter…”
Dr. Kikunae Ikeda, Eighth International Congress of Applied Chemistry, Washington 1912


Turning UMAMI into a Globally-Recognized Term


In the wake of glutamate, other ingredients that offer the umami taste, namely inosinate which is found in bonito flakes, and guanylate which is present in shiitake mushroom stock, were discovered. The four basic tastes of sweet, sour, salty and bitter have been widely recognized for hundreds of years, but it wasn’t until the 1980’s that various studies proved that umami, found in glutamate, actually constituted a legitimate fifth basic taste. Since then, umami’s status as ‘the fifth taste’ has been recognized internationally.

So there you go folks, that's Umami explained in a nutshell. Hopefully you will be able to use this special fifth taste term the next time you describe an extremely complex and savory taste.