I wanted to spend my last dinner in the City with my closest friends from way back High School. It was just hilarious because until the very last minute, we couldn't agree on where to go. My husband Joel made the first suggestion to do Fatty Crab at the Upper West Side but then we were told that their menu already changed and that the last time Coco (my other friend) ate there, it wasn't as good anymore. Thus, I had to think of an alternative and ended up making reservations at the famed Townhouse of David Burke. However, my friend Jammy became a bit reluctant because they were going to bring their 8-month old baby.  She figured he might be too fussy for that kind of restaurant. Ofcourse we wanted everyone to be present so we again changed it to China Fun. Just by it's name, you would infer that it's this typical no-nonsense Chinese joint where you go for a fast Chinese food. Anyway, the long of the short is that we again changed it for a third time to this place called Dovetail. It's a Michelin Star restaurant by John Fraser serving European cuisine using local ingredients.


I got the AUTUMN TASTING COURSE ($85) and voila here it is: 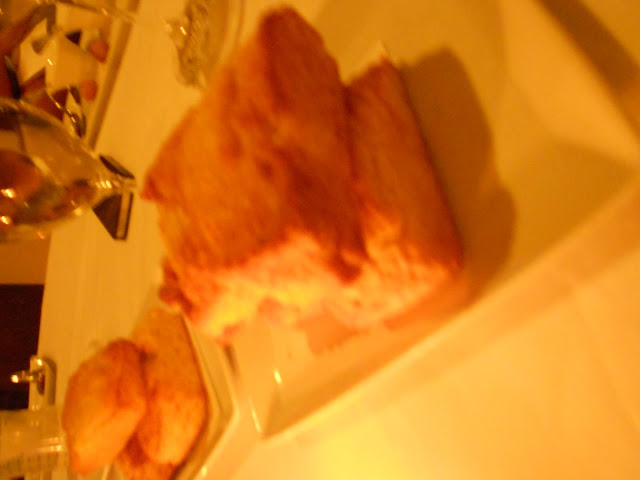 This was complimentary cornbread to start off the meal. 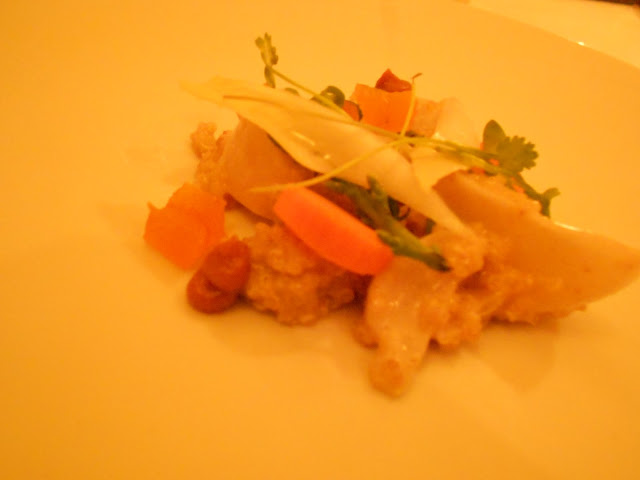 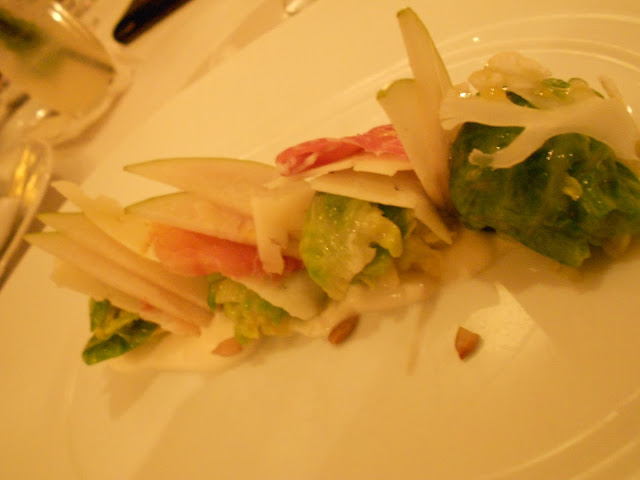 I got Joel an a first course since he only ordered an entree. He sampled the Brussel Sprouts Salad with fennel, Manchego Cheese and Jamon Serrano. Yum. 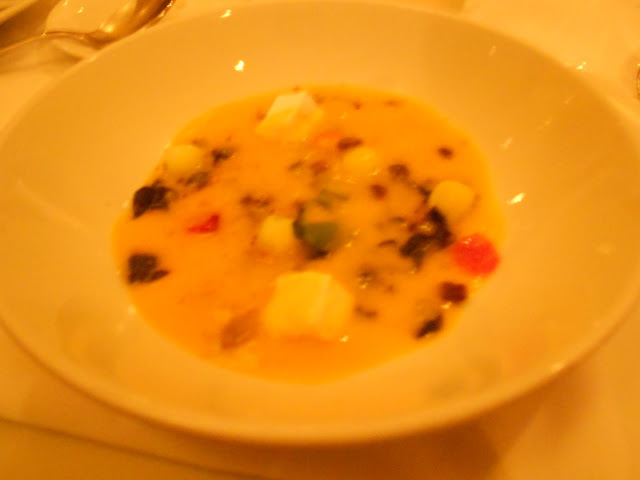 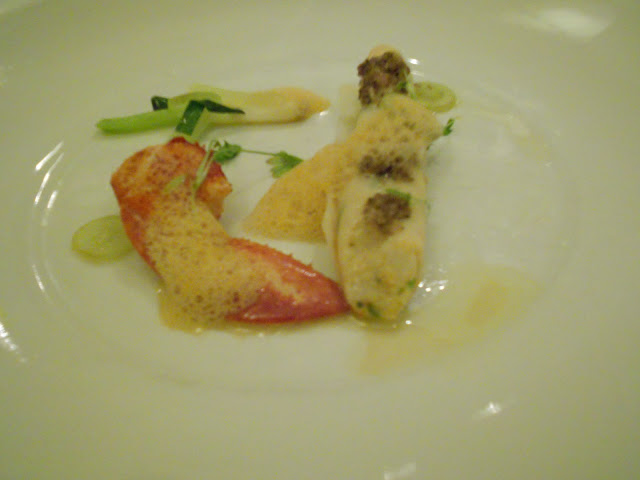 Lobster Cannelloni with burgundy truffles, scallion and celery root - this was oh-so- heavenly! 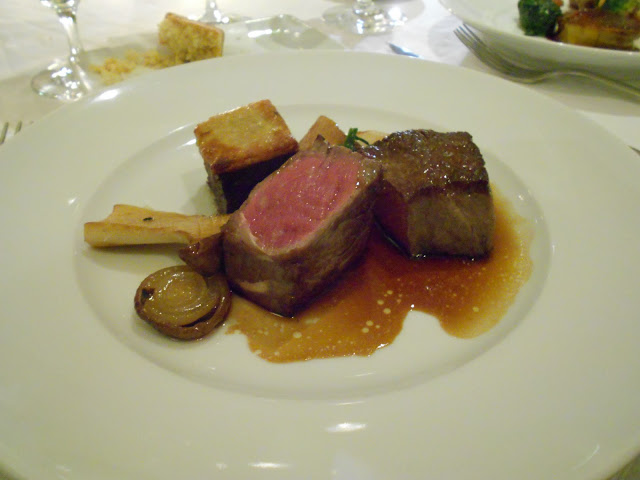 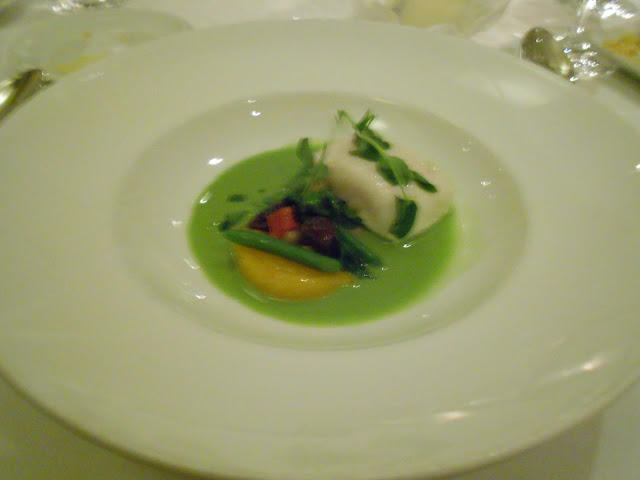 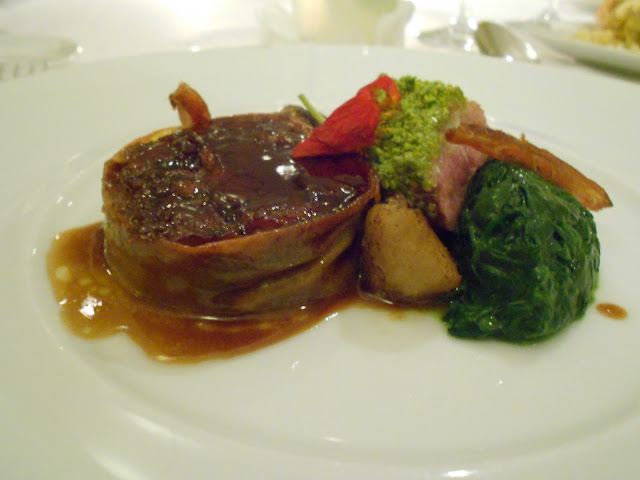 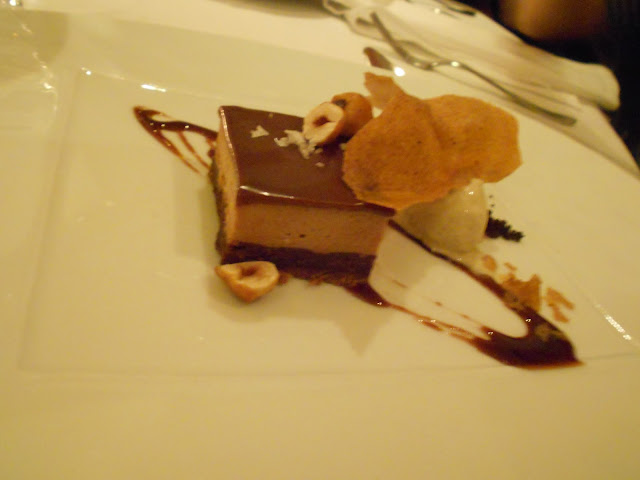 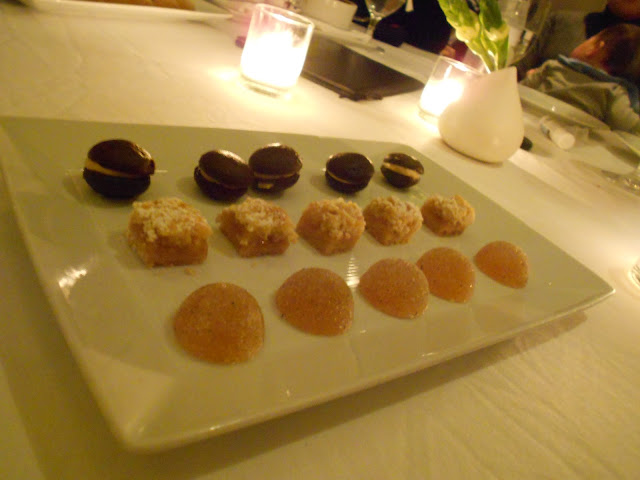 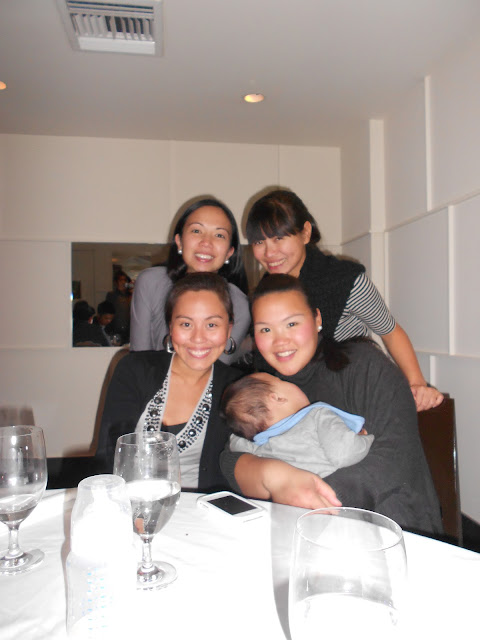 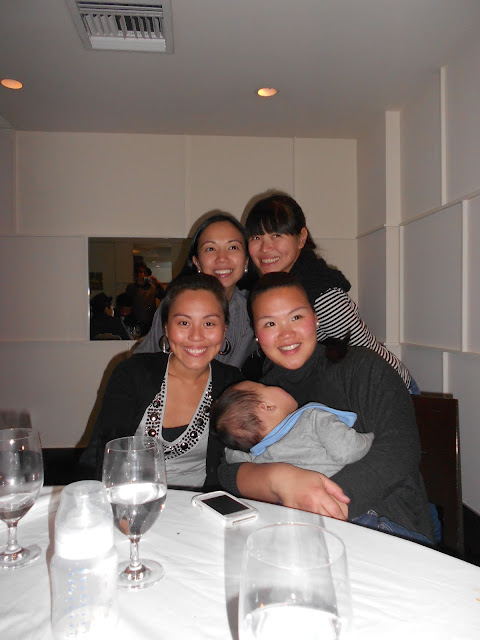 Over-all assessment is that the food was good not GREAT and something I will really rave about but it very well presented and carefully and meticulously plated. The service was excellent!