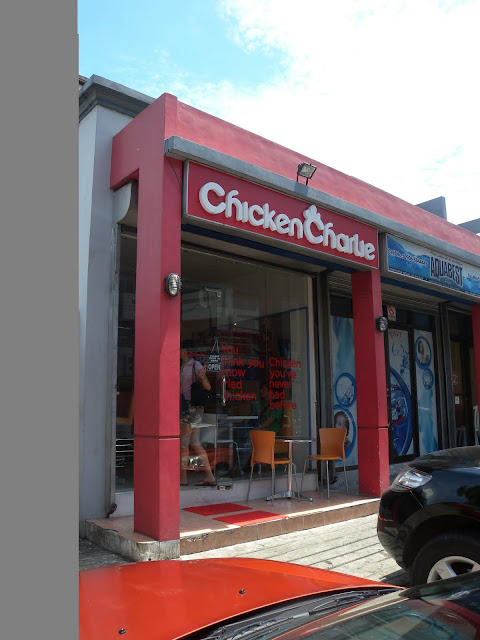 I read a review about this new chicken place the other day saying that it boasts of their double fry-method technique and their soy glaze. And instantly, one big thought came to mind " BONCHON"! I told my husband Joel about it and he got excited...overly excited that we went there today to have lunch. The place is oddly situated in the middle of all the auto repair shops in Banawe. It's practically a hole in the wall which can seat about 12 people. Their menu is simple; you have a choice of wings and drumsticks or a combination of both. They offer two glazes: soy-garlic and sweet spicy. Each order comes with a free serving of pickled radish (hmm sounds familiar? Well Bonchon also serves the same complimentary siding). So with much enthusiasm and anticipation, we placed our orders in; 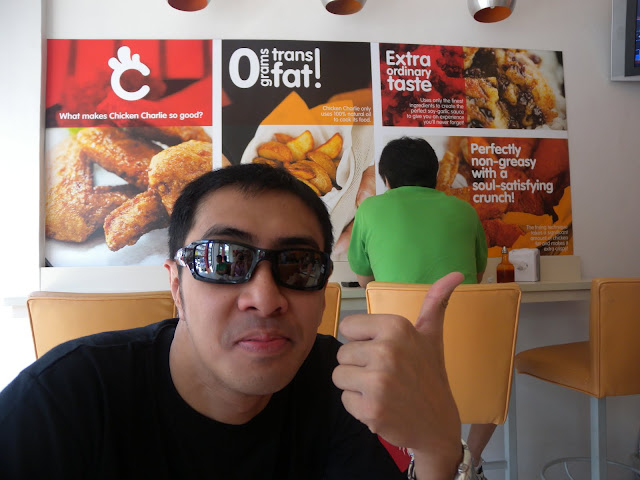 Praying and hoping that the chicken will be like Bonchon... 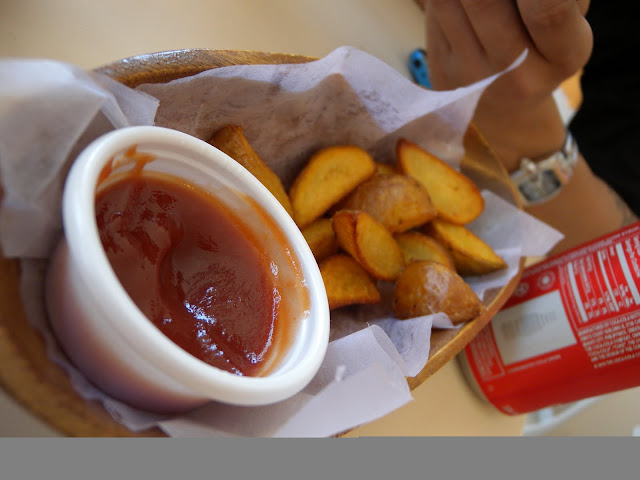 Fries (Php 45) - Nothing really great, it was well...fries! But that didn't matter because we were really concerned about the chicken. 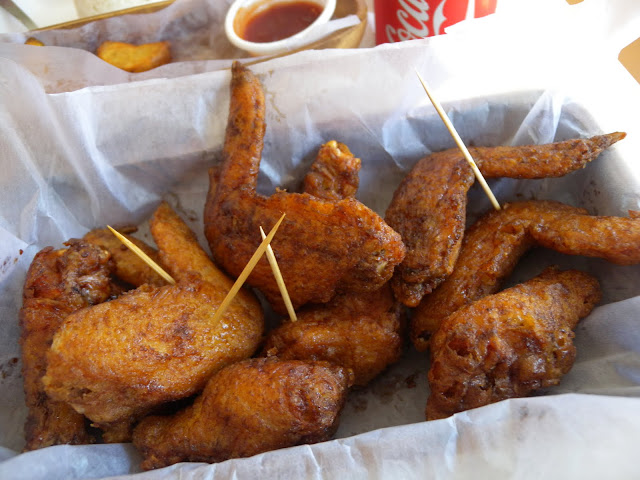 Finally our wings arrived! We ordered the 10 piece wings (Php 235) and made it half with the Soy-Garlic sauce and the other half Hot Sweet. The platter came with an aluminum pail to put our chicken bones in. They also used toothpicks to make the sweet spicy ones. I watched Joel first as he excitedly devoured his first wing. There was a blank expression in his face which confused me. He then took another wing and as he teared the meat out of the bone with his teeth, he dunked the bones inside the pail with force. I could tell this time that it was out of frustration, their chicken failed Joel. It was time to give my judgement. With much anticipation, I bit into my wing...crackle, crunch crunch! I definitely felt the unique Bonchon crunchiness which is a result of the amazing double-fry technique BUT (take note that it's all caps!) the taste fell short of the Bonchon goodness. The soy garlic was a too salty and the sweet spicy wasn't even spicy at all. I had to ask for extra hot sauce to give it a kick. We both sighed. I knew what we were both thinking, "It's still  far from the real deal (Bonchon)". On the upside though, I think it's a good and honest attempt at it.