A lot of people have been telling me that this is a must-try Mexican joint so when we found ourselves in the San Juan area the other day, we grabbed the chance to check it out. I called my sister Addie who was out of town that day to give us directions going there. She also warned me that their servings are huge so Joel and I can share one order.
Ristras is a casual, no-frills Mexican fast food joint which serves everything from burritos, quesadillas, enchiladas, fajitas and all the common Mexican favorites. 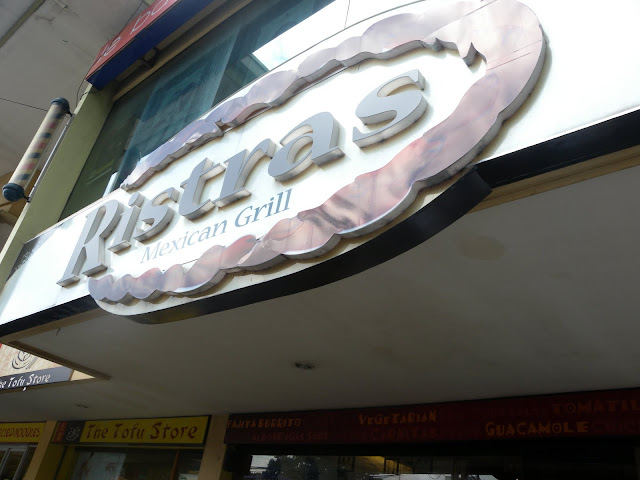 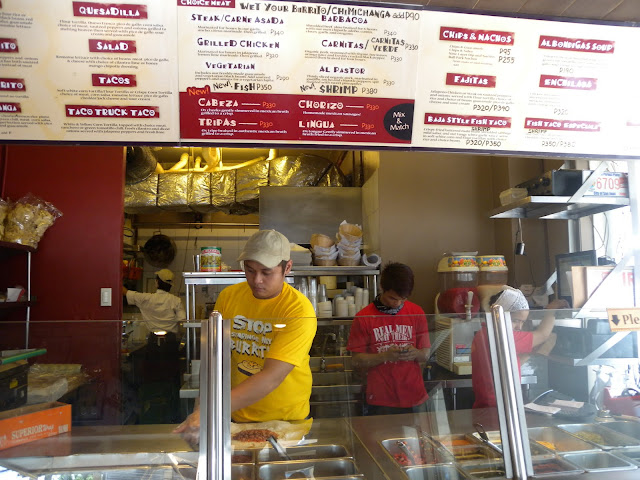 Choices, Choices, Choices... As I scrolled down their menu board, I was thinking... Burrito or Enchilada? Cilantro lime rice or Chorizo Brown Rice? Pinto or Black Beans? Jeeez... this is tough! Since Joel left the burden of deciding to me. I narrowed it down to a CARNITAS BURRITO (Php 330) naturally raised pork, seasoned with thyme, bay leaves, orange juice and freshly cracked pepper seared and braised for four hours!) 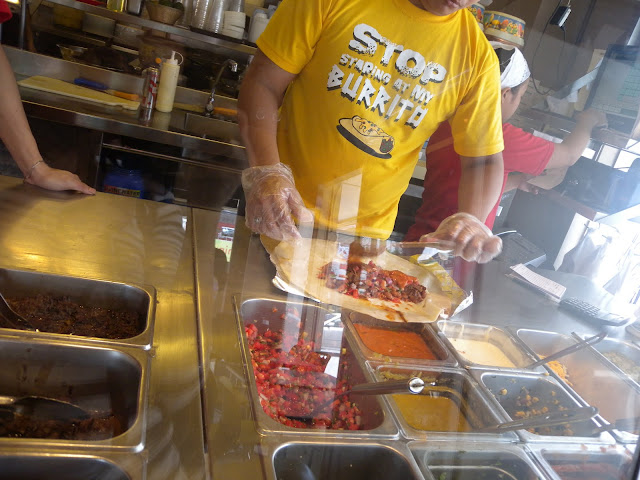 Addie was absolutely right when she said that their portions were huge! Their burrito was ginormous. You can see here that the tortilla he is using is as big as a family size pizza crust. Wuh oh! 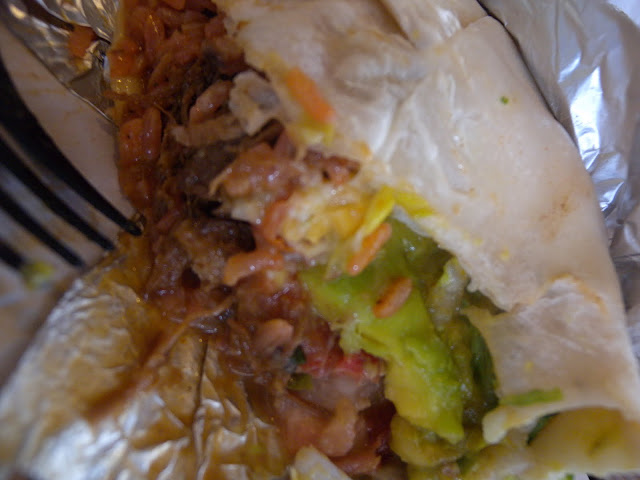 Oozing contents of our gigantic burrito
Ristras' Giant Burrito vs. Pattie & Joel  = Burrito reigned supreme! We couldn't bring it down! It was a burrito packed with loads of goodness (corn salsa, guacamole, chorizo brown rice and pinto beans). All the ingredients were undeniably fresh - I absolutely loved their extra chunky guacamole! Their avocados were awesome! But in the end it was just too much for our puny tandem (tsk tsk losers!). Joel and I threw in the towel.
* Beside the drinks chiller was a colorful board filled with names of people who won the battle between the "Godzilla Burrito" which is supposedly three times bigger than the one we just had... along with the their tallying time! I can't stomach how the hell those guys devoured the beast! Crazy! 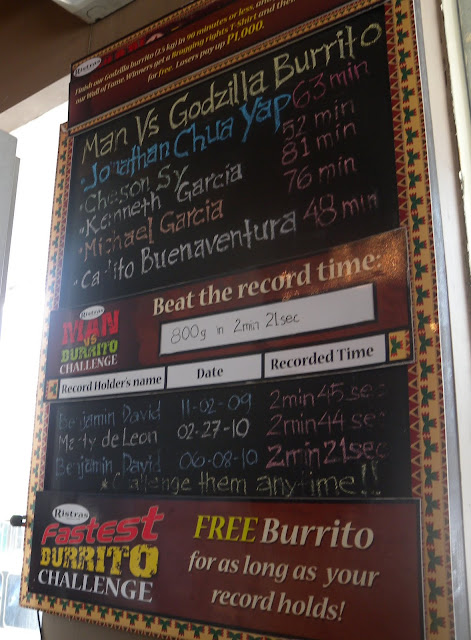