I'm Angus (Steakhouse), And You Are?

Tucked in the small street of Yakal is a rather new steakhouse called "I'm Angus" which is actually an affiliate of Carpaccio Italiano Ristorante and Chesa Bianca Swiss Restaurant, two highly acclaimed restaurants here in the country. 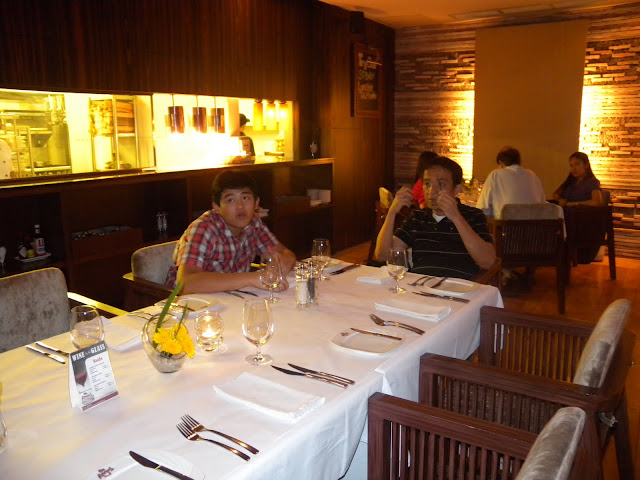 The place has a contemporary country feel...a lot of wood and thin bricks on the wall. The mood it projects really suits a steak house. 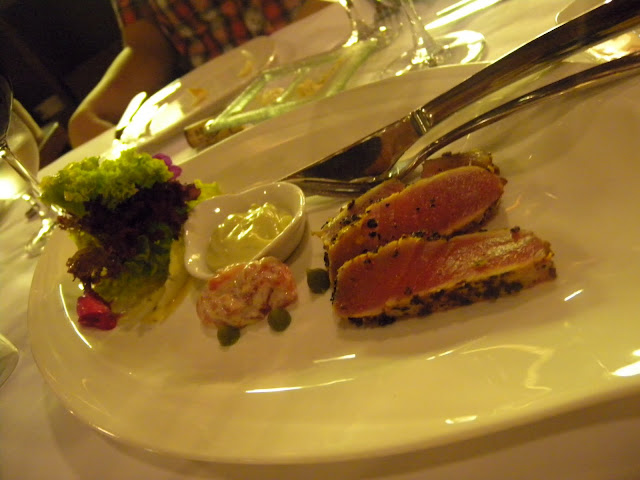 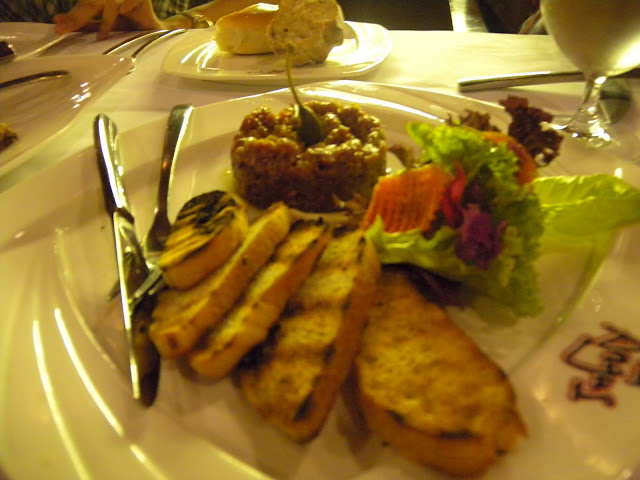 Beef Tartare - an interesting take on Beef Tartare because it was zesty and with pickles. Quite strange but good nevertheless. 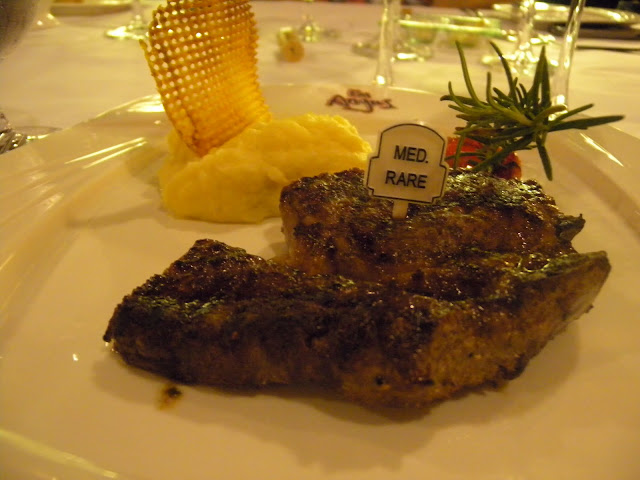 400 g Medium Rare Prime Rib Eye Steak (Php 650 per 100 g) - I split this with Joel because I wasn't that hungry and was certain I wouldn't a whole order. This was actually the first plate they gave. When I cut through the steak, I knew by the color (light pink)  and the texture that it was medium well. Joel, my sister Addie and brother Hip also shared the same sentiment (they split a T-bone order which turned out to be medium well too instead of medium rare). So we sent it back to the kitchen and told them that we asked for Medium Rare - center should still be red and slightly warm (internal temp of about 130-135 degrees F). Without hesitation, they took the plates back and turned it over to the chef in the kitchen. We watched through the glass window and saw that the head chef took the matter into his hands and grilled the new steaks himself (gulp! sorry chef! we made you work a little harder!). The result was much better although they gave me a different cut. Since we split the order, they cut it horizontally which made the meat much thinner. Anyway, we made sure the head chef saw that we were satisfied with the second cooking. Their mash potato and bernaise sauce which I chose was satisfactory as well. 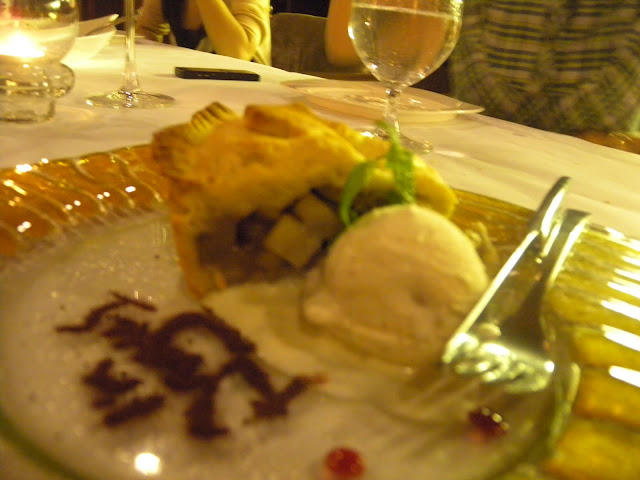 Apple Pie with Vanilla Ice Cream (Php 240)- the pie had way too much raisins and the apple sauce lacked the cinnamon flavor I like. The vanilla ice cream was great though (you can taste and see that it was made from fresh vanilla beans)
It's nice to meet you, Angus. 'Til the next time.
I'm Angus Steakhouse
7431 Yakal St.
Makati City, Metro Manila
632-8926206
Email Post